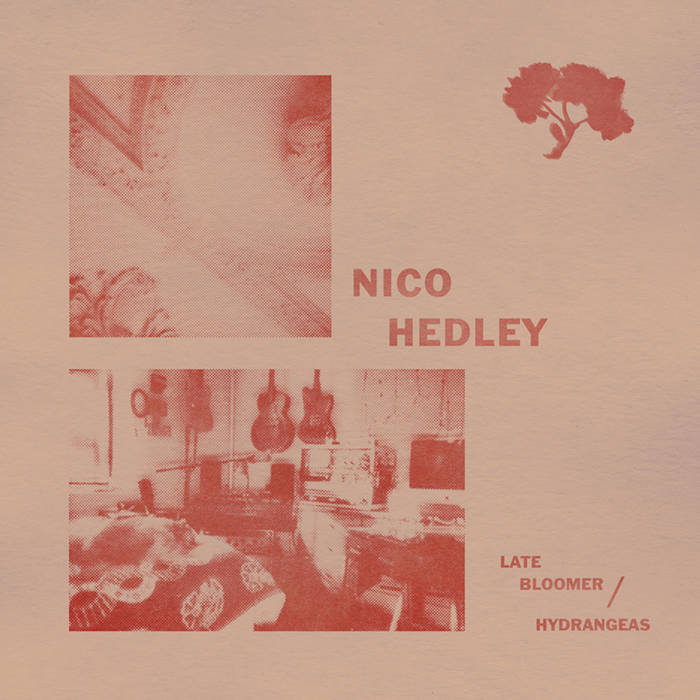 The debut 7" from Nico Hedley, brought to you by Whatever's Clever Records, pick up the vinyl at this link:

"These two songs were written and recorded in my bedroom while learning to use an 8 track reel to reel machine. They are experiments in stream of consciousness songwriting, controlled chaos, and seeing how broken a guitar can sound" -NH

The music Nico Hedley makes is late-at-night music, slow dancing in your socks on the hardwood in your bedroom kinda music, too wired to sleep so you read by the light of the lamp on the nightstand music, overhead lights coming on at the bar music, AM country radio swinging stoplight no one else awake in town kinda music. A tall crooner in bifocals with an ancient hollowbody who could be from anywhere and from anytime but is also somehow definitely from New York City (his sole tattoo - "212" on his upper thigh). His band can have a pedal steel in it, his band can have a saxophone in it, his band can have an upright bass in it, and it always, to me, sounds like just the group of folks you want to sing "Auld Lang Syne" to you when the balloons drop.

Nico's played around in a lot of different bands and situations, he's lived a lot of lives, and after a few summers under the soil his songs are finally here.

thank you for visiting my page. All of these songs were written specifically for you.

Bandcamp Daily  your guide to the world of Bandcamp